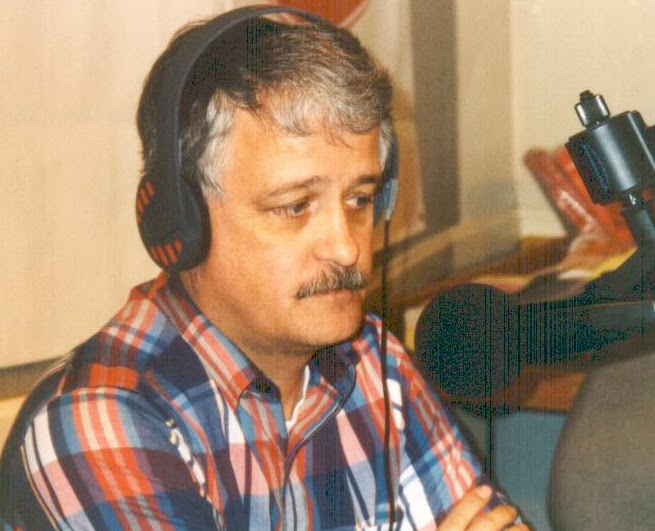 
My
guest was David Marler, who I had invited on to talk about triangular-shaped
UFOs and the scanning project that involved files and documents from a variety
of sources, including CUFOS, NICAP and CSI (Civilian Saucer Intelligence).
Before I introduced him, I had a couple of other comments to make. You can
listen to the radio broadcast here:

And
you can watch the show here:

I
mentioned that back in the middle of the 1990s, I hosted a radio show on
KTSM-AM in El Paso, Texas. Although it was mainly about UFOs, I did delve into
some

other aspects of the paranormal. I was able to book many guests who had
experiences with UFOs, investigated UFOs, and believed them to be alien
spacecraft. On the other hand, I couldn’t get any skeptics to participate in
the program with the exception of Philip Klass, probably because I knew him
personally.

This
is relevant in the world today because it seems that it is easier to book a
skeptic than someone on the other side of the fence. I’m not sure why, but I
suspect it might be because they know they won’t get a free pass on my program.
I’m going to ask tough questions and I expect the guest to answer the questions
rather than dance off into evasion.

The
second point I talked about was a new challenge to the veracity of the General
Exon interviews. One fellow approached CUFOS asking for copies of the tapes and
transcripts. Told that they were unavailable, he said that he would tell anyone
who asked that the quotes were unsubstantiated.

Well,
that’s untrue, and for those who would like to see the evidence, scroll on down
to the following article. I’ve laid it out there, again, in great detail,
including the letter from Exon acknowledging that the quotes are accurate.

I
brought on David Marler, and we began a discussion of the history of
triangular-shaped UFOs. He did point out that sightings of triangles were not
new, as some of the skeptics had suggested. One even talked about the
inspiration being Star Wars… but, of course sightings of triangles predated
the release of the movie in 1977

As an example of these older triangle reports,
he mentioned a sighting from the Albany, Georgia, area on January 28, 1953. It
involved both a visual sighting and a radar contact. The Air Force labeled the
visual sightings as “astro, (Venus),” meaning an astronomical answer, and the
radar as “unidentified.”

Ed
Ruppelt, wrote an article about UFOs for True, and one of the cases he
touched on was this sighting. He wrote:

On
January 28, 1953, at 9:35 p.m., a jet pilot near Albany, Ga., spotted “an
extremely bright light” at 10 o’clock high. At first he thought it was another
aircraft or an unusually bright star, but when he went up to 10,000 feet it
appeared to be ahead and a bit below him. When first spotted, the light was
white, but later it began changing constantly from white to orange and back to
white again. The object was in view for 17 minutes. In the last 15 second it
changed shape from circular to triangular, and the triangles split into two
triangles – one immediately above the other – and both disappeared as if
someone had snapped off a light.

The
pilot called Albany, Ga., but before he could make his amazed report, ground
asked him if he had seen anything unusual. They advised him that ground radar
had picked up both his jet and a strange target. On the radar scope, when the
jet had speeded up, the target had stepped up too, to maintain its lead on him.

There
was, of course, a report to ATIC that provided some of the same information.
The only differences are minor. For example, in the Air Force report, the
object, for the last three minutes of the sighting, cycled from white to orange
and back, but in the last fifteen seconds “turned a deep red color and
triangular in shape… No trail or exhaust… PRPLN (propulsion) SYS UNK.”

David
mentioned that the older reports suggested that the triangular craft were
moving with the blunt end forward, which would not seem to be aerodynamic.
Later reports had the apex leading which caused me to wonder if this might be a
way to discriminate between something strange and something that reflects the
current development of terrestrial craft.

We
did talk about the scanning project which seems to be as massive as the one
that Clas Svahn talked about a few weeks ago. There are many people involved in
it including Jan Alrich and Barry Greenwood, as well as Mark Rodeghier. The
ultimate goal is to create a digital archive that could be accessed by UFO
researchers and interested parties on the Internet. The physical documents will
end up in a collect at the university in Albuquerque.

Next
week, I’ll chatting with Don Schmitt about the current state of UFO research
and why we all should reject the nonsensical UAP designation. If you have
questions, and Don has said that no topic is taboo, put them in the comments.
They won’t be posted, and I’ll try to get them answered.

SETI: Why extraterrestrial intelligence is more likely to be artificial than biological